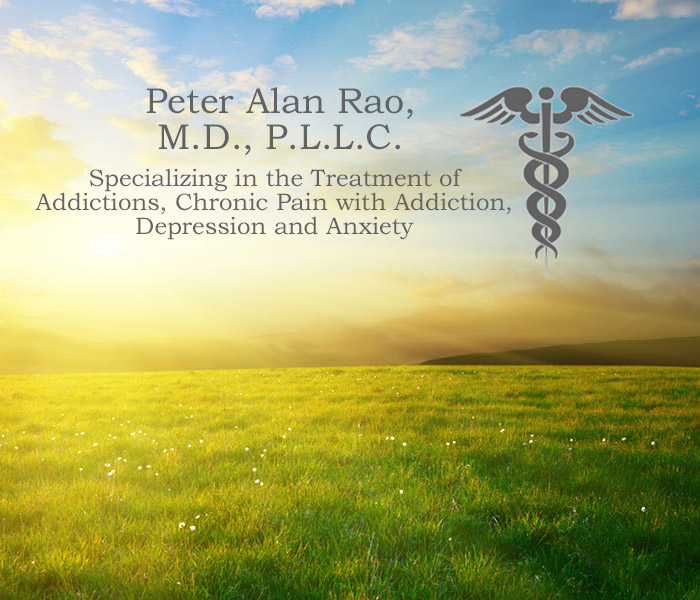 The most common problem I see in the office is depression. It has been called the “common cold” of mental health, but I say it is more like pneumonia. It is a serious illness that affects about 12 million Americans per year. Overall, about 15% of the adult population will suffer from depression at some point in their lives. For those who are experiencing major depression for the first time, about 50% will recover without a recurrence of depression. However for the other 50%, depression will become a recurrent or even chronic illness. So depression is a major public health issue.

The term “depression” is called “major depressive disorder” by doctors. It is an illness in which the patient has daily, persistent sadness–usually out of proportion to their circumstances and unresponsive to ordinary efforts by family and friends to “cheer up.” This is accompanied by other symptoms, both mental and physical, such as: anergy, which is fatigue and loss of energy; apathy, or the loss of interest in routines of life; anhedonia, which is the loss of pleasure or enjoyment of the good things in life; sleep disturbance, which can manifest either as insomnia (difficulty falling asleep, middle of the night awakening and/or early morning awakening) or hypersomnolence (excessive sleeping, usually more than 9 or 10 hours per day); and appetite disturbance, which can manifest as loss of appetite and loss of weight, or excessive appetite and gain in weight. Other symptoms of depression including poor attention and concentration, feelings of worthlessness, feelings of excessive or inappropriate guilt, indecision and suicidal thinking.

Suicide is a severe complication of depression. It ranges from wishing that one were no longer alive to making active efforts to end one’s life. If someone has thoughts of killing themselves, they need to be evaluated by a mental health professional promptly. However, if someone is making active plans to kill themselves or if they have just attempted to kill themselves, they need to be immediately evaluated in the Emergency Department of your local hospital. Call 911 if in doubt.

Depression does not discriminate based on age. It can affect individuals at any stage of life from childhood and adolescence up through maturity.

Depression is a treatable illness, and there are different types of treatments that have been demonstrated to be effective in clinical trials. The three most commonly used treatments for depression are psychotherapy, antidepressants and TMS (Therapeutic Magnetic Stimulation).

Psychotherapy is “talk therapy” in which the therapist identifies ways that the patient can improve symptoms and resolve personal issues. The most effective type of psychotherapy for depression is cognitive behavioral therapy (CBT). It is based on the principle that depressed persons act and think in ways that cause or maintain depression. The therapist teaches the patient to identify those thoughts, images and underlying beliefs which are self-defeating or “depressing.” Often, patients do not pay attention to thoughts that cross their mind and simply assume that their thinking is correct. How you think about things is based on underlying beliefs and your perception of life, whether that is optimistic or pessimistic, healthy or irrational. Therapists teach patients to identify these thoughts and underlying beliefs and learn how to think more rationally. This in turn will allow patients to understand how their actions or poor choices have maintained the depression and prevented it from resolving. Patients are given home assignments to practice what they have learned in therapy. A full course of treatment consists of once-weekly 50 minute sessions over 16 consecutive weeks.

Antidepressant medicines have been available for over 50 years. There are many different types of antidepressants, but what they share is the ability to increase the brain chemicals norepinephrine and serotonin in those parts of the brain that regulate mood, sleep and appetite. About one third of patients will have a full response to a single antidepressant. For the other 2/3, combinations of medicines are sometimes necessary to fully treat depression.

For those patients who are having only a partial response to their antidepressant, the current practice is to use one of several combinations of medications. The first type of combination involves combining 2 antidepressants that together provide a combination of both serotonin and norepinephrine effects. For example, often effective are combinations of an SSRI and an SNRI or an SSRI and a TCA. The second type of combination is called an “augmentation strategy” in which an antidepressant is combined with a second medicine which–by itself– is not an antidepressant but which boosts antidepressant effects. Perhaps the best of these is Deplin, or methylfolate, which is the active form of folic acid, a necessary vitamin. Other medicines used for augmentation include Lamictal (lamotrigine), Latuda (lurasidone), Rexulti (brexpiprazole) and Mirapex (pramipexole).

Antidepressants are non-addictive and not habit forming. However, they should not be stopped abruptly, but rather with the guidance of a physician who will taper your dose down gradually and safely.

The standard treatments for depression result in full recovery in only one third (1/3) of patients. Another third have only partial improvement and the last third have no improvement at all. Thus there is a great need for different kinds of treatment that will relieve patients of their depressive symptoms and allow them to recover. TMS stands for Transcranial Magnetic Stimulation. It is a safe and effective new treatment for depression. When antidepressants and/or psychotherapy have failed to help someone recover from depression, TMS is very effective.

Practice closed to the public